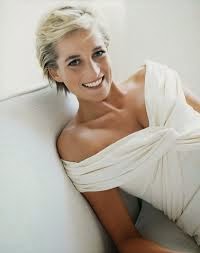 Award Winning Author, Dianna Bellerose- Fire and Ice: Essay Dedicated to the person who has impact on my life, Princess Diana.

There are people in this life who leave a long trace after their death with their actions. One of this people is Princess Diana, who impacted my life and the life of so many people Globally with her compassion towards everyone, effort to change the World and make it a better place and her struggle with her marriage to Prince Charles.    It takes a lot of love and sensitivity to leave a side self-preservation and extend a hand towards people who are sick from contagious illness. According to Delp (2013) “Diana however, was one of the first celebrities photographed touching and holding HIV/AIDS patients and many experts credit her with removing the stigma associated with AIDS.” (Delp, 2013).Princess Dianna was the woman who was trying to show what love is and how love can make a difference in the lives of everyone. She was a great example for generations to come, her legacy will never die, and I am sure a lot of people still follow her steps. Delp (2013) writes in her article that “Diana is noted for two major contributions to humanitarianism, although during her lifetime she was President or Patron of over 100 charities.” (Delp, 2013).Women like Diana are very rare and what she did for others was incredible, she used all of her resources available to help children and hospitals. (Kimberlyann , 2011). writes “She loved visiting schools and hospitals, lecturing to young kids to always do your best, and never give up on what you believe in.” (Ann, 2011).    Diana had a positive attitude, and she used it to show everyone how important is to change the world, even if your childhood had not been a fairy tale. Her parents got divorced when she was a little girl, and she had to deal with this drama in her life. Diana remains beautiful human being “with her struggles in her youth, in school” she is able to cope with everything and remain strong and bright person. (Tite, 2011). I admire her courage and preservation even if her life was not the happy one, it impacted me a lot and gave purpose to my life. Princess Diana gave me direction with her good intentions towards people who are lost and struggled all they life. For example, I chose to write a book about unfair treatment of women, and with this book I want to change the perception in the society about women. This is the direction my carrier has been going for the past four years, and I still work on it. The other thing which I do is help women who had been in a abusive situation in the past and teach them that anything is possible if they want something to achieve. Even if your past was not the happy one, there is always a way to heal and not get attached to it and have negative outlook about life. What happened in your past, should not impact your future in any way and positive attitude could get you anywhere you wish to go, there are no limitations.    Kimberlyann wrote” Pain is something all of us have experienced, some more that others, but in one way or another we all have. Princess Diana didn’t expect sympathy from people; she was a strong, independent woman that knew, somehow, everything would be ok.” (Ann, 2013).Princess Diana had to suffer a lot in her marriage because she was never loved the way she wanted to be loved. Tite (2011) writes, “Diana the misunderstood, and oppressed, overcoming this trials and tribulation, the affairs, the divorce as wells the various scandals attached to the royal family.” (Tite, 2011).     It is so obvious how hard her life was for Diana, on the top of her other obstacles to fit in the Royal family’s lifestyle, something I know from watching TV, everything was written on her face, it was not hard to anyone to see how unhappy she was, but I loved her strong woman personality trait. Diana tried so hard to keep her marriage and she even said, “I think like any marriage, especially when you’ve had divorced parents like myself; you want to try even harder to make it work”(Pettinger, 2011).Even after her divorce she had to deal with so many other obstacles because the royal family was not trilled about it, and her conformations with the media. For example, I remember when she gave a speech and asked for a little bit of privacy. Soon after her divorce from Prince Charles she had to deal with the fact that he was seeing Camilla Parker, but she remind come and strong. This was a wonderful example for me as well as so many women in a similar situation. Kimberlyann wrote, “Diana knew she had to move on with her life, and so she did.” (Ann, 2013).    In conclusion, Diana, people Princess, my hero left a lasting impression on this earth with her compassion, effort to change the world with her charity organizations and struggle in her marriage to Prince Charles.ReferencesAnn, K. (2013). Biography of Princess Diana. Retrieved from http://Biography%20of%20Princess%20Diana%20%7C%20Academic%20%7C%20Teen%20Ink.webarchiveDelp, Valorie (2013). Charity work of Princess Diana, Retrieved from http://Charity%20Work%20of%20Princess%20Diana.webarchiveTite, Philip. (2011) Princess Diana, Mythmaking and the Academic Study of Religion Retrieved from http://ARTICLE:%20Princess%20Diana,%20Mythmaking%20and%20the%20Academic%20Study%20of%20Religion%20%7C%20Philip%20Tite%20-%20Academia.edu.webarchivePettinger, Tejvan. (2011) “Princess Diana Charity Work”. Biography Online. Retrieved from http://www.biographyonline.net/people/diana/charity_work.html.&gt;