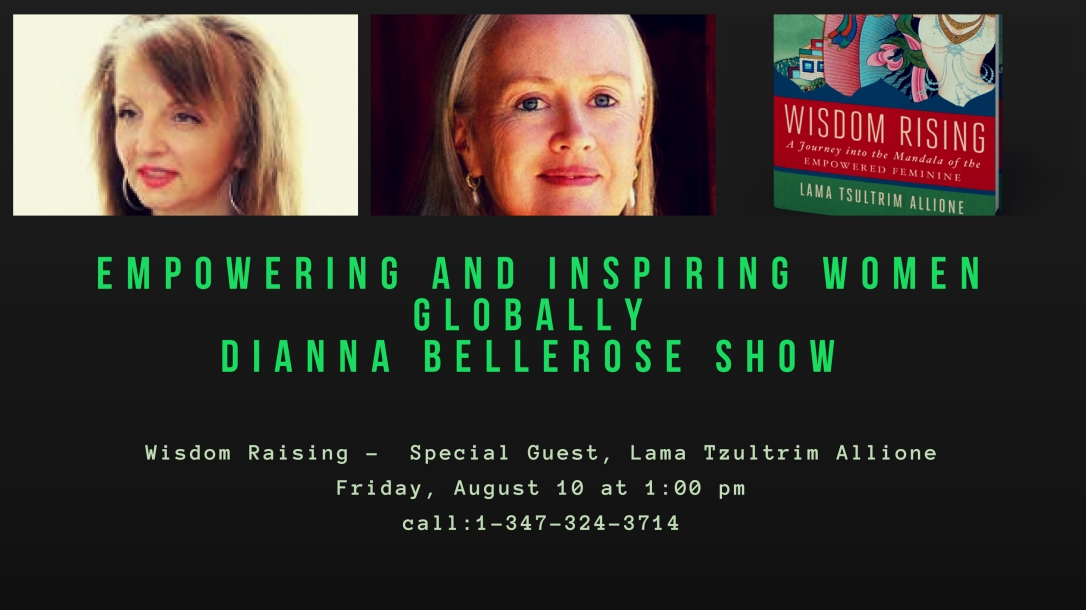 Lama Tsultrim Allione is founder and resident lama of Tara Mandala. She is author of Women of Wisdom and Feeding Your Demons. Born in New England to an academic/publishing family, she traveled to India in her late teens and was ordained as a Buddhist nun at the age of 22 by H.H. the 16th Karmapa. She was the first American to be ordained as a Tibetan Buddhist nun in the Karma Kagyu lineage. After living in the Himalayan region for several years she returned her vows and became the mother of three, while continuing to study and practice Buddhism, particularly focusing on the lineage of Machig Labdron and Dzogchen teachings. In 1993, Lama Tsultrim founded Tara Mandala, a 700-acre center in southwest Colorado where an extraordinary three-story temple in the form of a mandala, dedicated to the sacred feminine in Buddhism has been constructed and consecrated. In 2007 while traveling in Tibet she was recognized as an emanation of Machig Labdron at the historic seat of Machig Zangri Khangmar by the resident lama. This recognition was confirmed by several other lamas, and in 2012 she was given the Machig Labdron empowerment by HH the 17th Karmapa.