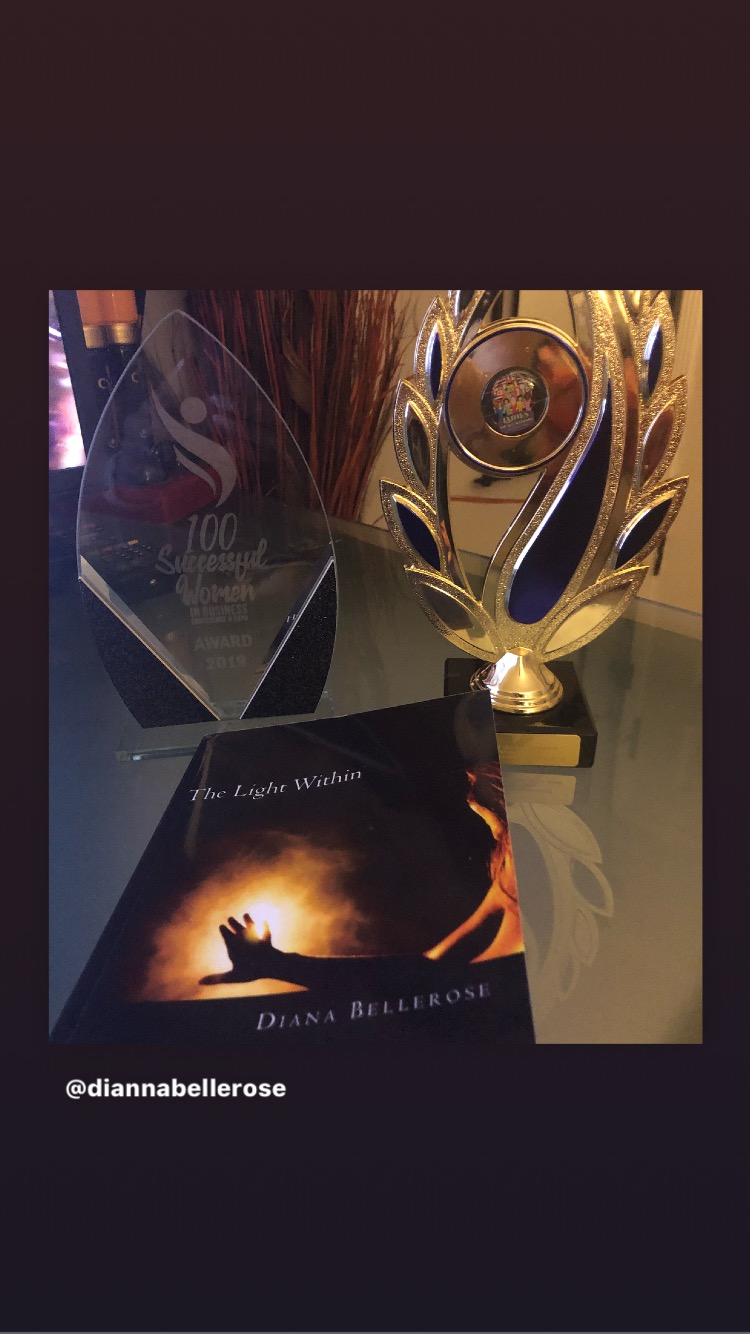 This was one of the most increadible expirience in my life after thurteen years of work. I just want to say thank you to Carolina Makaka from UK who noticed my work from the bottom of my heart.

We are here on this planet to make a diffrence and use our voice to change things that imapcts all of us. Together we can and will trigger a change, no one should endure life for any reason. Life is about making changes, helping each other and making sure no one is left behind for any reason.

Changing Lives of Women by giving them the necessary tools to become what they want in life. The best teachers come from life. Visit Amazon’s Diana Bellerose Page http://www.diannabellerose.com The Light Within by Diana Bellerose Link: http://amzn.com/1507571119 ‘Teen dating violence can be physical, emotional, or sexual, and includes stalking. It can occur in person or electronically, which includes texting, social media, and other online applications. In a recent national survey[12.1 MB], 8 percent of high school students reported physical violence and 7 percent reported that they experienced sexual violence from a dating partner in the 12 months before the survey. Victims of teen dating violence are more likely to experience symptoms of depression and anxiety. They might also engage in unhealthy behaviors, such as using tobacco, drugs, and alcohol.’ https://www.cdc.gov/features/datingviolence/index.html? 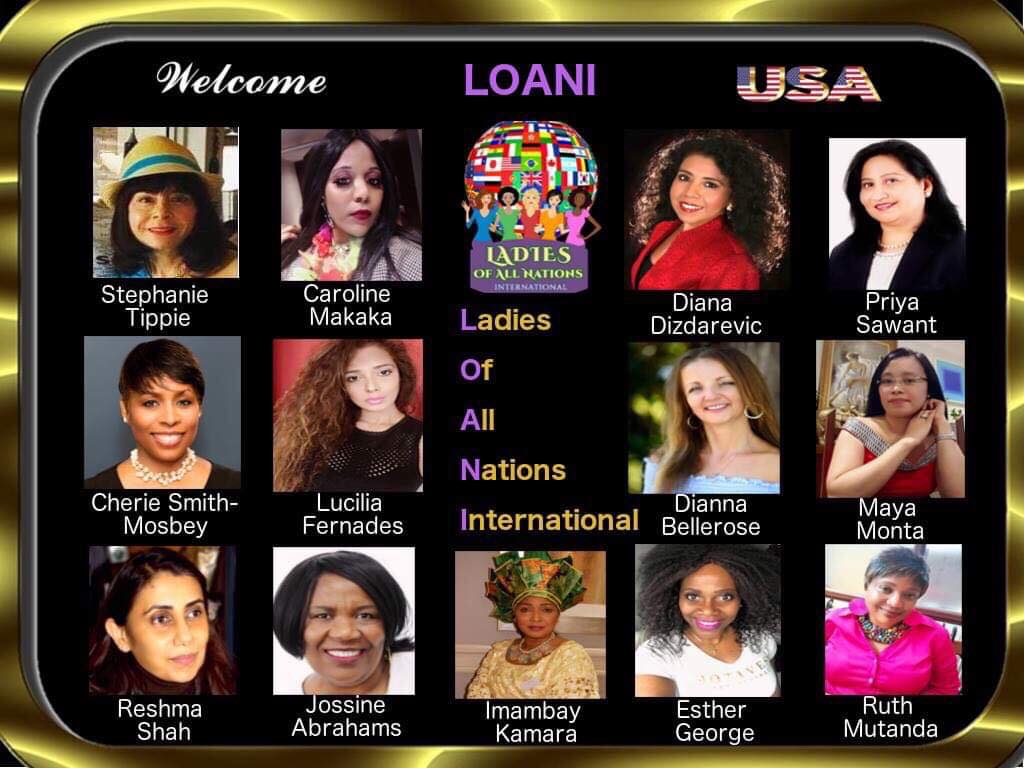 You are invited to join us and be part of this amazing event and meet other women. I would be so thriled to meet you and learn about your successful story and what are your plans for the rest of the year.

Here it is link to buy a ticket: https://events.r20.constantcontact.com/register/eventReg?oeidk=a07efkd8ref403abada&oseq=&c=&ch

Carey V. Azzara is no stranger to twists and turns, overcoming life challenges on route to obtaining two graduate degrees and establishing a successful career spanning public health and market research-all while raising a family and rescuing a few dogs. Azzara has published articles, reports, and books, writing for the joy of sharing his ideas and stories with his readers. Also by Carey V. Azzara Azzara is the author of Kaitlin’s Mooring, a story that spans five generations of the Deveau family. He is also the author of The Lottery Curse and two collections of stories: Uncommon Heroes and Cars, plus the first and second editions of Halley’s Gift and Eight Other Extraordinary Tales. He also authored Heroes, Dogs, and Cars (out of print).

Life begins at Birth and Ends with Death, so everyone has time between those two phases to build a new life and new career.
The teachers we want to have in life come from experiences in life, and they are the one who deserves our attention and respect.
Life does not come from a book where you can go and find answers to your questions.
Pice of paper does not make a teacher a teacher, experience in life is the best certification and the most reliable source. No one will and can connect to your problems if they never encounter it in theirs.

Download my Free coming from life experiences book The Journey of Transformation http:/www.diannabellerose.com/subscribe

Schedule Your Complimentary One hour Free Consultation, Nothing to Buy
http://www.diannabellerose.com/contact 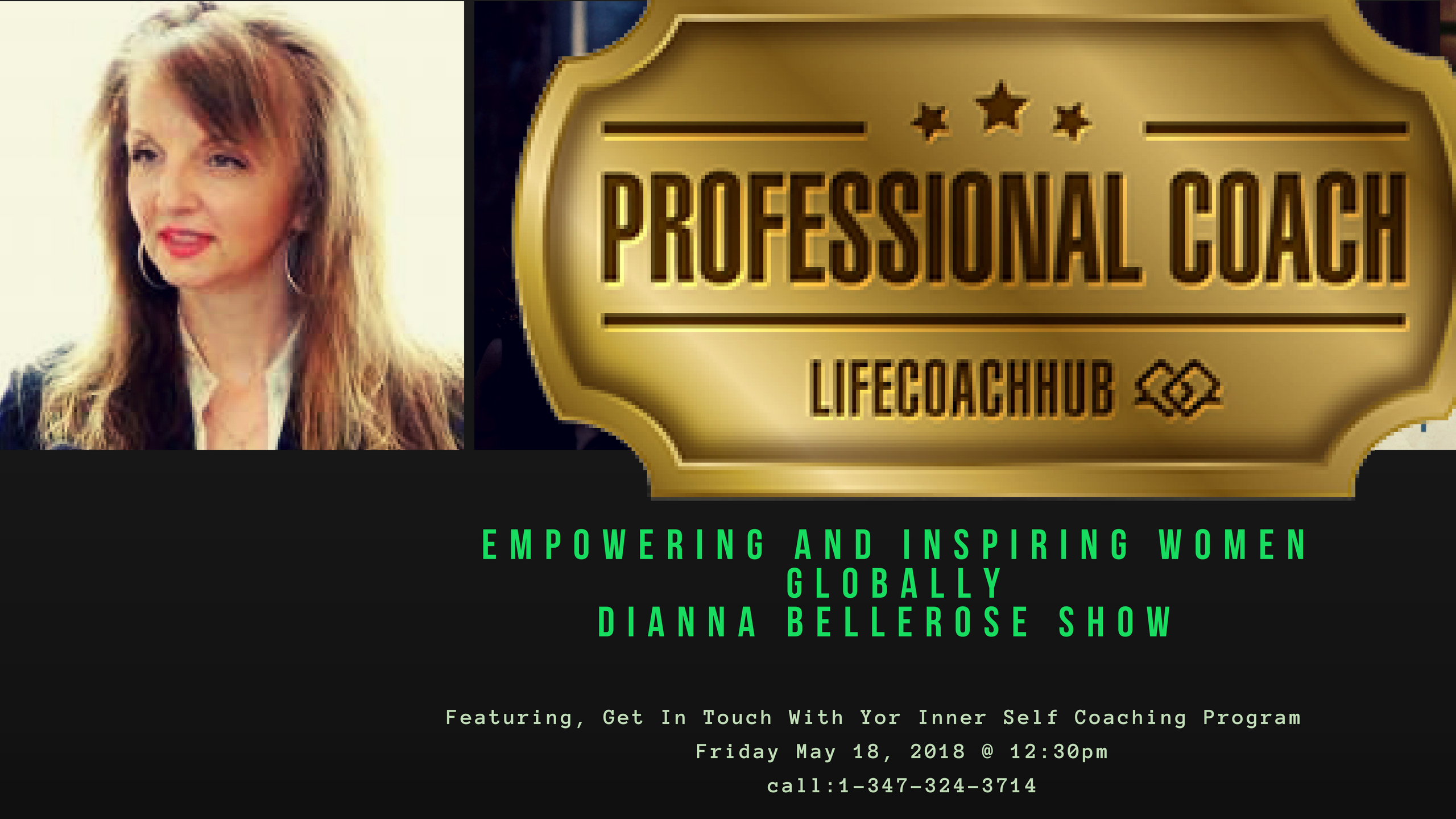 My experience in life taught me that there is no obstacle which cannot be overcome and anything is achievable. People often doubt themselves and easily give up on their dreams because of it, but it is not the right thing to do when there is help available.
After years of being lost and not being able to live up to my full potential, I realized the person who must take charge in this life is me. All I need is inside, but it helps to have someone who can give some direction and support and knows how it feels to be stuck and misunderstood. 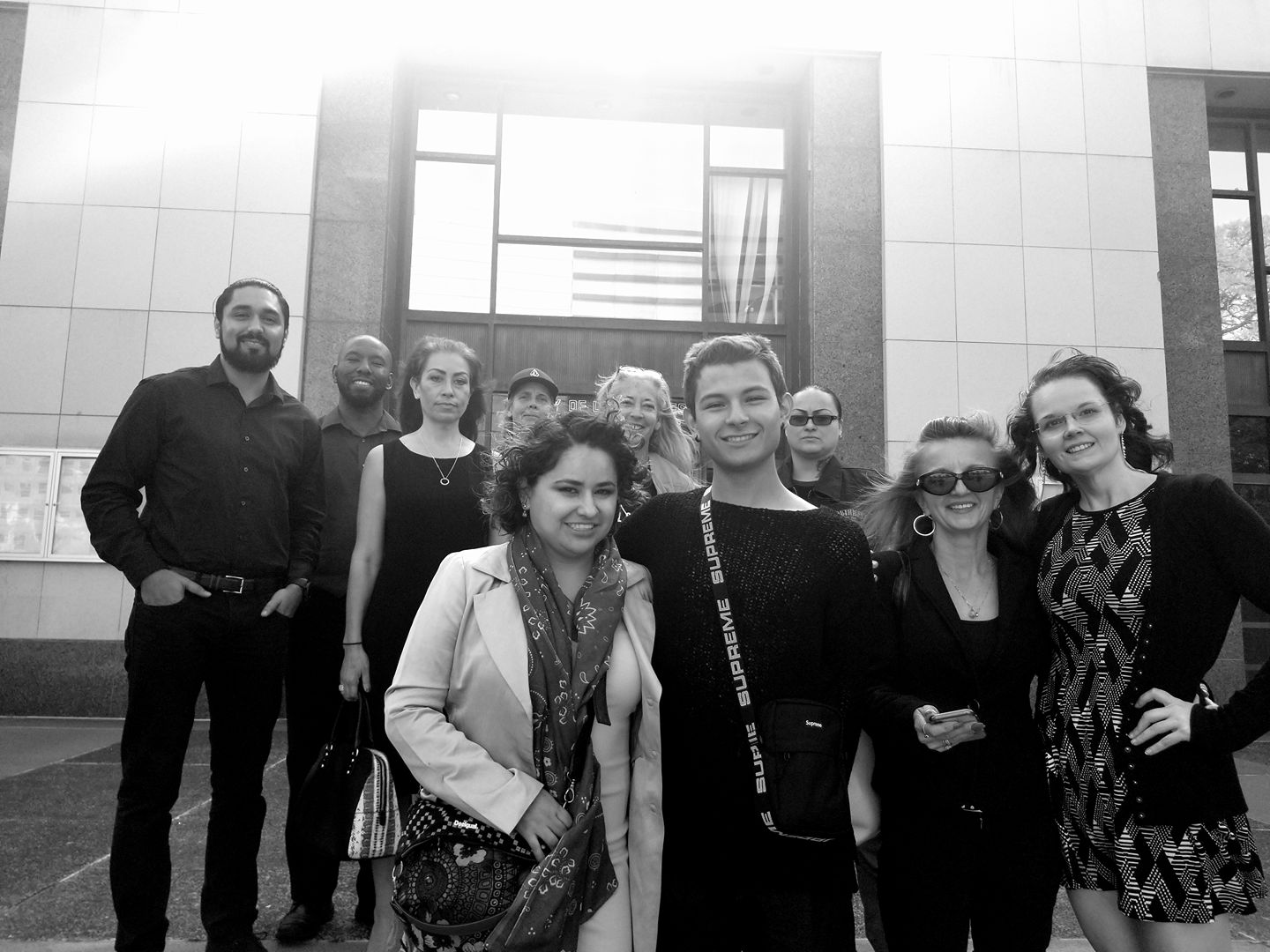 I was so honored to be able to speak today and most importantly have these brave women next to me. It was an honor and privilege to be able to share my story and make an impact. This is just a beginning of our journey, WE are here to make the necessary change so no woman would ever suffer again. #SheDoes

These are our #SheDoes Warriors who spoke today at the Measure H fund allocation hearing. These #SheDoes Warriors not only spoke, but 5 shared their personal stories of surviving sexual assault, rape, homelessness and mental illness. They spoke as women who conquered insurmountable odds who are now advocating for those whose voices are being ignored. The panel started on a light note but after hearing these #SheDoes Warriors, the mood changed from happy to somber to an atmosphere of how do we help our homeless mothers, daughters, sisters, and grandmothers. Our speakers humanized a dehumanized population using their own experiences.

One of the moderators behind the panel kept wiping away tears & afterward many came up to our group and thanked us for the impact our speakers made. What #SheDoes will achieve beyond sheltering the first 1000 women is humanizing and changing the way people see homeless women.

That is the power of the hashtag #SheDoes. That is the difference you make every time you comment #SheDoes. If it hasn’t occurred to you yet, please know that what you are doing is changing the way Angelenos see homeless women from drug addicts & failures to showing them as our mothers, daughters, sisters, and grandmothers!

Lisa LaRue to Release New Retrospective Album “Origins” Featuring Gilli Smyth, John Payne, Michael Sadler and Others on Melodic Revolution Records
Recently signed to Melodic Revolution Records, keyboardist & composer Lisa LaRue is set to release her new album “Origins” in April 2018! A double album celebrating 25 years and 11 releases by LaRue, “Origins” features some of the best musicians in the business: John Payne Asia, GPS), Michael Sadler (Saga), Mitch Perry (Talas, Aerosmith), Gilli Smyth (Gong), Don Schiff (Rocket Scientist, Kracked Earth), Federico Fantacone (Orchestre Celesti) John Baker (Forever Twelve, Mars Hollow) as well as Steve Adams, Brenda K, Michael Wheeler, Merrill Hale, Svetlan Raket (Par Lindh Project), John “Yafke” Timothy, Michael Alvarez.
Says Lisa, “The title takes it back to where it all started. Finishing a career, where one started. The photo on the back of the CD was taken on Burnett’s Mound, an infamous site in Topeka, Kansas where I grew up, and where the photo of ‘Kansas’ was taken on the back of their first album. They were very influential and inspirational to me as a young keyboardist/musician growing up in Topeka. The Sunflower on the front represents my origins in Topeka, as well.”
Lisa LaRue became the first female artist signed to the Sound of America Records label (SOAR) a sub-label of Natural Visions, the first all-Native American record label founded by Grammy Winner and Motown producer Tom Bee. In 2008 Lisa was nominated for a Hollywood Music Award and was also awarded The Oklahoma Music Award for “Native American Artist of the Year.” Her band 2KX was Nominated as Instrumental Band of the Year in 2011 by the Los Angeles Music Awards.
Lisa has also appeared on recordings by others, including Head Transfer Process (Stargazer), Esquire with Nikki Squire (“Stay Low”), Don Schiff, Ryo Okumoto, Oliver Wakeman, Steve Gresswell, Quester and Beyond the Labyrinth.
The songs on “Origins” were written and recorded over 25 years. Some in a small recording studio in Tahlequah, OK over a year’s time with John “Yakfe” Timothy, and some in Los Angeles working extensively with John Payne as a co-producer, mixing engineer, bassist, and vocalist. Also, certain songs were known as some of the first prog projects done via internet transfer and finalize with “Sussuration” and “Lemniscate,” completely produced and mixed by LaRue.
Says Lisa, “This album is extremely important – it’s important to me, as it represents 25 years of my life and some of the best work I’ve done with some of the best friends in the world. It’s important because it represents the unity and bringing together of many musicians, big and small, through the universal language, music. Lastly, it’s important to fans, as it represents some of the obscure work of many top-notch artists that they may not have in their collection. Melodic Revolution and Nick Katona have always been known for bringing artists together, so there is no better label to showcase this 25-year effort.”
“Lisa has a unique perspective to her music. Her Prog rock style is highly influenced by her Native American roots. The listener is drawn in by the mystical and avant-garde approach. From my point of view, it has always been a pleasure and great experience working with her music.” – John Payne
“A very atmospheric composition, with a lovely tranquil finale. I hear a lot of my father’s influence in it, a beautiful arrangement.” – Aaron Emerson (son of Keith Emerson) regarding the song “Aspiration”
“Some incredible music with 2K9 and 2KX. 2K9 was the beginning….getting to know each other musically, hoping that what you submitted met the criterion, listening to each other’s output and certainly not wanting to overplay. In my opinion, though, this process came to fruition with 2KX’s ‘Fast & Blue’: an accord harmonically, rhythmically, and melodically. I would call a musical synchronicity. Plus I had a joyous yet challenging time contributing!” –  Steve Adams, guitarist for Lisa LaRue Project 2K9 and for 2KX
In conjunction with the release of “Origins,” Lisa would like to focus on licensing for soundtracks, television, etc., and being a guest orchestrator on other artist’s projects. In closing she has this to impart, “This album brings together all of the messages of all of my albums. Heritage and culture, bringing people together from around the world, giving each other creative outlets, and finding your spirit mean you’ve made peace with the world and yourself.”
Official Website:
https://www.lisalaruemusic.com/
Facebook:
https://www.facebook.com/lisalarue2kx
ReverbNation
https://www.reverbnation.com/lisalarue
YouTube
https://www.youtube.com/user/LisaLaRue2KX/videos
Melodic Revolution
http://mrrmusic.com/lisa-larue/
Nick Katona nick@melodicrevolution.com
Press inquiries: Glass Onion PR, PH: 828-350-8158 (US), glassonyonpr@gmail.com
Booking – Lisa LaRue: lisalaruekeyboard@yahoo.com 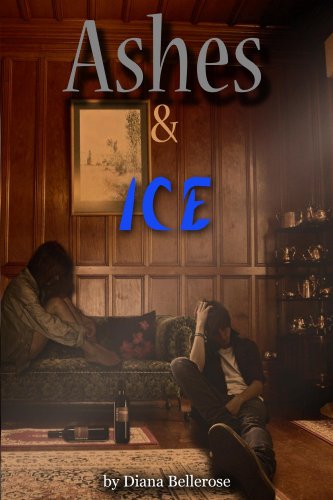 Please leave your comments on Amazon and share with your friends and family.