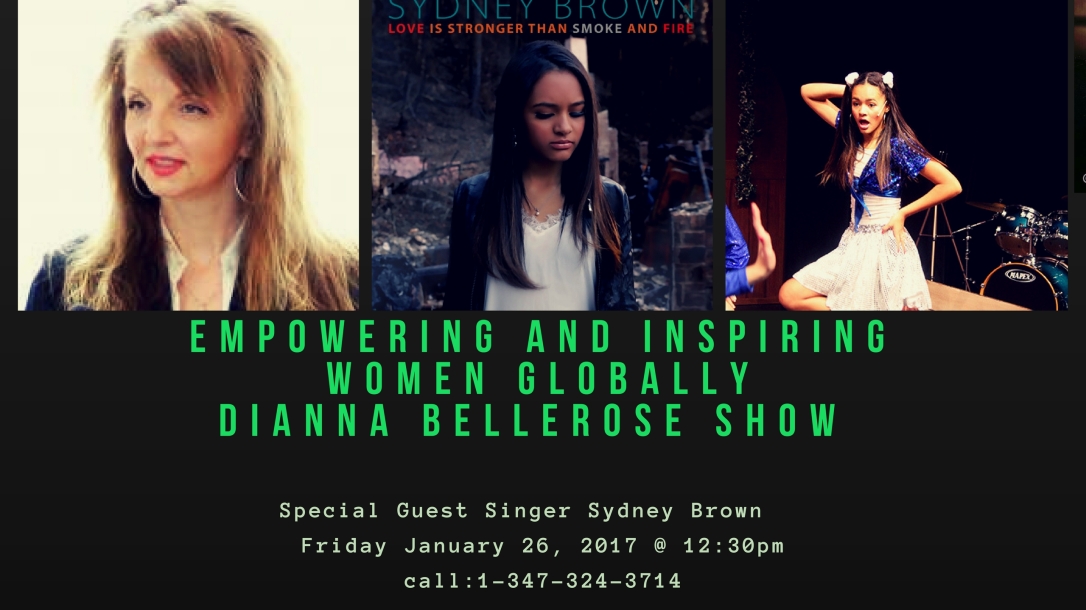 San Francisco, CA – SYDNEY BROWN is a Pop singer/songwriter from San Francisco, CA, and together with Bay Area legend NARADA MICHAEL WALDEN wrote and recorded the single “LOVE IS STRONGER THAN SMOKE AND FIRE” as a benefit for the victims of the 2017 California fires. Presently 16 years old, Sydney began her singing career in 2009 and has performed in over ten Broadway musicals with different local theatre companies, including her favorites Legally Blonde, West Side Story, and Sweet Charity. Sydney met Narada in 2010 and began performing with him at his Spring Fling with Strings Concert, singing a cover of the Bill Withers classic “Lean on Me” for her first solo performance.?

Don’t forget to download my book, The Journey of Transformation and tell someone to download it too!

Please write a review when you read it.

I hope to see you in the  Program HERE!

“Domestic violence is, in many ways, a quiet epidemic. Though in plain sight, victims are often invisible, fearfully denying their situation and hiding behind the facade of a happy home. But the statistics reveal a shocking reality. Every nine seconds, a woman in America is assaulted or beaten, according to the National Coalition Against Domestic Violence. A mind-boggling one in three women (and one in four men) has been a victim of physical brutality by an intimate partner, the group also reports. ” GoodHousekeeping

: Empowering and Inspiring Women Globally- YOU Got This 10/13 by DiannaBelleRose | Entertainment Podcasts

Self-made momprenuer and human potential advocate, Ally Loprete is nationally recognized as a vibrant and dynamic public speaker, radio personality and television host. She is the founder of OurMilkMoney.com, a nationwide online business directory of self-employed parents, the host of iHeart Radio’s THIS LITTLE PARENT STAYED HOME where 6 million listeners tune in for resources and support, and the cohost of WAKE UP TV, a nationally televised broadcast for the new mainstream.

Dianna Bellerose is an author and activist with a magnificent story. Bellerose is a popular public speaker on the subjects of domestic abuse and violence as well as a valuable life coach to several women whom she’s helped escape abuse and live a life of prosperity and joy.

JENNIFER SARAN is a North American artist, songwriter, and vocalist based in Hong Kong. In 2016, Jennifer teamed up with Narada Michael Walden (they obviously love working together) and Ladysmith Black Mambazo to create her new album’s titular single “Wake Up.” Also, making a special guest appearance on the track is multiple Grammy-winning legend Carlos Santana. This stunning collaboration is a heartfelt appeal to recognize and address worldwide inequality and impoverishment, a cause incredibly important to each of these amazing artists involved. Jennifer travelled to South Africa to record with Ladysmith and to film scenes for the song’s music video, released with the single on November 11, 2016.